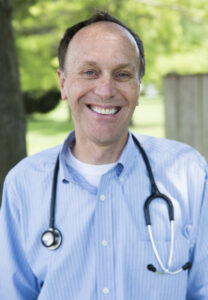 Dr. Robert G. Etter
Dr. Robert Etter was born in Maryland and has been a practicing veterinarian in Anne Arundel County for over 30 years. He received his undergraduate degree in biology from Shippensburg University in 1976. After graduation he worked at the Naval Medical Research Institute in Bethesda, Maryland in the immunology department. Dr. Etter began his veterinary medical education abroad where he received his DVM degree. He continued his veterinary education with an externship at the Baltimore Zoo’s veterinary medical department  in collaboration with the comparative pathology department of Johns Hopkins University where he worked with various exotic animals. Dr. Etter completed a clinical year at the University of Pennsylvania School of Veterinary Medicine finishing his academic training.

Having grown up in a medical family and then his reading of James Herriot’s books about an English country vet and his daily interactions with patients helped to shape his career path. His love of sciences, nature and the natural world led him into a career in veterinary medicine

Following his time at the University of Pennsylvania, Dr. Etter began practicing veterinary medicine as an associate and then director of an animal hospital in Pasadena, Maryland. Dr. Etter founded Pasadena Animal Hospital in February of 1986 and has remained an active member of the community.

In his free time, Bob is an avid sportsman and outdoor enthusiast. He and his wife, Jo Ann, have raised two sons, Sean and Kevin, in Severna Park and are currently enjoying being grandparents to their three grandchilden. 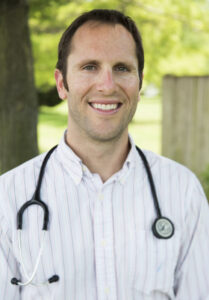 Dr. Sean Etter
Dr. Sean Etter grew up in Severna Park, Maryland, working for his father at Pasadena Animal Hospital where he developed his passion for the profession. Dr.  Etter attended Pennsylvania State University where he played lacrosse and received a Bachelor of Science degree in 2006. He then attended the University of Glasgow Veterinary School in Scotland. After the second year, he transferred to the University of Illinois, where he graduated with honors in 2012. After graduating from the University of Illinois with a DVM degree he completed an internship in small animal medicine and surgery at the Animal Medical Center in New York City, one of the busiest and biggest hospitals in Manhattan. After his internship he stayed in New York City and worked in general practice for one year on the Upper West Side. Dr. Etter left NYC and began working at Pasadena Animal Hospital in June 2014.

In his free time, Sean enjoys spending time with his wife, three children and their dog. He also enjoys hiking, fly fishing and participating in triathlons. He completed his first Ironman distance triathlon in 2013. The Etter family currently lives in Millersville, Maryland.

Lisa
Lisa began working with Dr. Etter in 1984 as a receptionist at an animal hospital in Severna Park. In 1986, Lisa joined the staff at PAH. According to Dr. Robert Etter, “Lisa has always been a vital and integral part of this practice.” She enjoys the day to day connection with the clients and their pets. Lisa grew up in Pasadena where she lives with her son, Joseph, and four cats.

Emma
Emma joined Pasadena Animal Hospital in March 2019. She grew up in Pasadena and finished her education through home schooling. Emma spends her free time caring for her many rescued pets such as her cats, dog, guinea pigs, fish, gecko, mice and axolotl. She enjoys working as both a receptionist and a technician and looks forward to many years at Pasadena Animal Hospital.

Stephanie
Stephanie has been working at Pasadena Animal Hospital since September 2003 as a veterinary technician. “The reason I became a veterinary technician is because I enjoy working with animals. My husband and I have three cats (Kingston, Spencer and Mali) and one dog (Annabelle) who is almost 3 years old.”

Megan
Megan recently returned to Pasadena Animal Hospital after working with a veterinary orthopedic surgeon to increase her skills as a veterinary technician. Currently, she is in school to become a paramedic/firefighter. She spends her free time volunteering as an EMT in Prince George’s County and exploring the outdoors with her family and two dogs.

Jessica
My passion in life has been for the care and humane treatment of animals. I have been a veterinary assistant/technician for a number of years and continue to strive to improve my healthcare abilities. My experiences working at different facilities will enable me to provide the best pet care I can. I hope to learn and grow professionally under the tutelage of Dr. Robert Etter and Dr. Sean Etter at Pasadena Animal Hospital. I’m excited to see what life has in store for me!

Amanda
Amanda is originally from Brazil, where she graduated from Law school in 2016. Amanda changed her career path in 2021 and started working at Pasadena Animal Hospital that March as a Veterinarian Technician. She is extremely happy and grateful for everything she has learned so far. During her spare time, she enjoys spending time with her 7 guinea pigs. Amanda is an animal lover and eager to continue learning and growing in the veterinary field.

Hours
Monday-Friday 8am to 5pm
Saturday 8:30am to noon